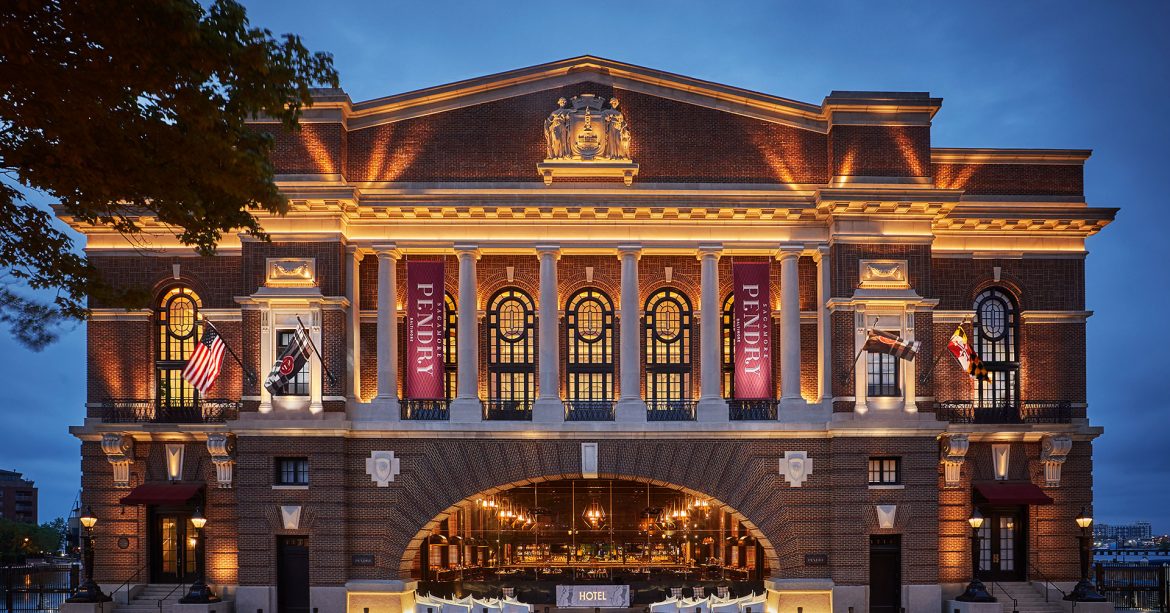 Over the course of 103 years, Recreation Pier has been, at times, a shipping facility, community center, and television set — as well as an eyesore. It seemed unthinkable that this Inner Harbor plot could be a hotel, but local businessman Kevin Plank (of Under Armour fame) and Pendry, a new, millennial-focused brand from Montage International, had the vision. Now, the Sagamore is the place to be. The 128 guest rooms resemble an old-school captain’s cabin, with plenty of brass and mahogany. The Cannon Room bar has, no surprise, a real 18th century cannon, unearthed during construction and displayed beneath the floor. At check-in, guests are given a password for a free shot of Sagamore Rye, to be added to their punch at the bar of Rec Pier Chop House, a restaurant helmed by star-chef Andrew Carmellini. But the true allure of the Sagamore is surprisingly, its location. Despite the tourist trappings downtown, Baltimore still has a working harbor, with just the right dose of grit. Staying here gets you up close to it.