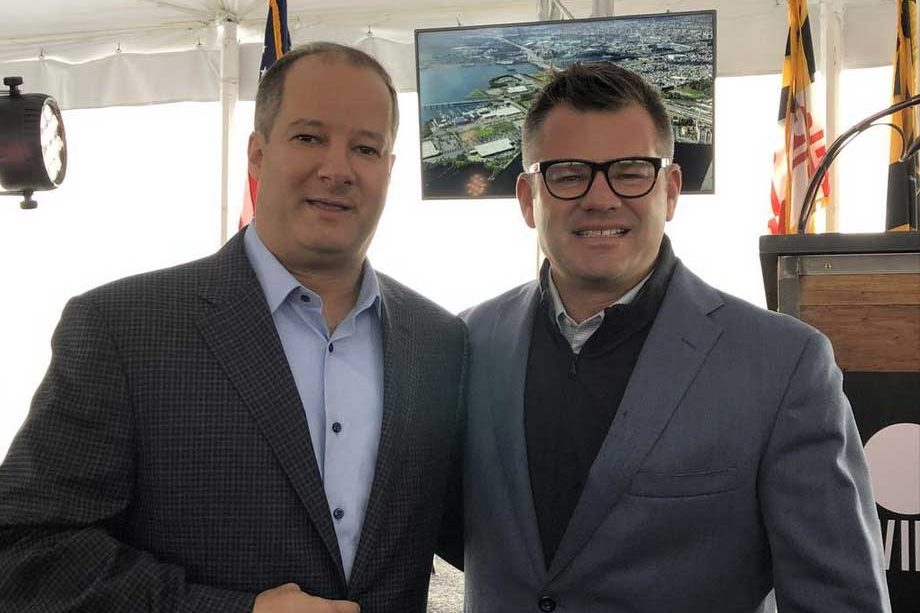 Marc Weller is taking his lessons learned at Port Covington to other large-scale projects across the United States — resorts, public green spaces, event venues and even a winery.

His company, Weller Development, was replaced on Monday as head of the 235-acre South Baltimore project by a new team of master developers and investors with New York-based MAG Partners and San Francisco-based MacFarlane Partners. They abruptly took over the $5.5 billion development at the behest of Port Covington‘s two major investors — Under Armour founder Kevin Plank and the Goldman Sachs Urban Investment Group — and are focused on marketing and leasing. So far, no office or retail leases have been signed at the project.

While Weller will still oversee the completion of 1.1 million square feet of office, retail and residential development, now in their final stages at Port Covington, he and a small team from Baltimore are turning their attention to building a new portfolio.

“The scope of a lot of what I’ve done and had to worry about for the past 10 years has changed,” Weller said. “I was responsible for a lot. It started with the acquisition of every single of those properties to form Port Covington, and then entitlement of the properties and financial entitlements, and then we went into planning and placemaking. It was a lot of responsibility.”

New projects in Weller Development’s pipeline include a Montgomery County Revenue Authority partnership to build The Crossvines, a winery, event venue and casual bistro in Poolesville, and a redo of the 168-acre Reston Golf Course in Northern Virginia, acquired by Weller with War Horse Cities in 2018.

Other plans to develop 2,000 acres on Grand Bahama Island into a resort and mixed-use complex, as well as a resort in Napa Valley, are also in early stages, he said. Weller added that he and Steve Siegel, a principal in the firm, are scouting for other projects in Nashville, Florida and Charleston, South Carolina.

“When you work on a big project like Port Covington, it teaches you a lot and exposes you and your brand to a lot of people,” Weller said, of his post-Baltimore life. “Because of that I get a lot of inbound calls and it is gratifying to be on the receiving end of such projects.”